Chad Edwards is a proud resident of North Little Rock (hence “Dogtown”), a graduate of North Little Rock High school, an amateur historian, and family man. Chad has been a certified law enforcement officer since 2006 and is currently assigned to the Criminal Investigations Division. He is also a task force officer with the United States Secret Service’s AECIT Task Force. He spent three years as a member of a Special Response team and is a current member of the Honor Guard. Mr. Edwards spent eight years as a USAR Combat Engineer with the 489th Engineers where he earned an expert marksmanship classification on several weapons platforms. He earned his BA from the University of Arkansas at Little Rock in 2002. Mr. Edwards is a proud National Rifle Association member and is a certified NRA pistol instructor, NRA Range Safety Officer, and avid shooter. “I am excited to teach new shooters and learn a thing or two from the ones that know more than I do.”

Robert Branch is also a certified law enforcement officer, since 1999 and a former firefighter. He is a current member of the Special Response Team and resident HazMat instructor. Robert is an avid shooter, hunter and enjoys reloading. He earned his BS from Arkansas State University. He is also a proud National Rifle Association member and certified NRA pistol instructor and NRA Chief Range Safety Officer.

Three ways to obtain your CCHL 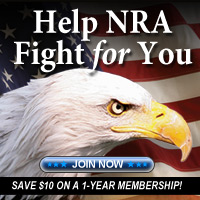